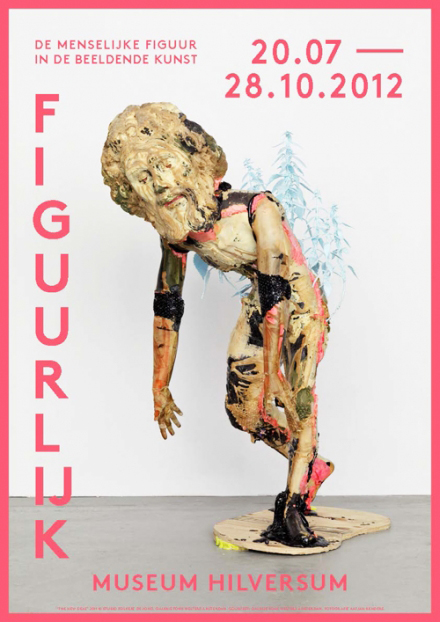 For centuries the human figure has been one of the most popular themes in art. Not surprisingly, we are fascinated by the image of mankind. We benchmark ourselves to fellow human beings and we measure ourselves with other people. Watching someone else tells us something more about ourselves, about who are, who we wanna be, or what we just despise in our fellow man.

The exhibition ‘Figuurlijk’ (Figurative) in the Hilversum Museum in the Netherlands shows us a large survey of artists working or residing in the Netherlands. They all have given a contemporary interpretation to the classical subject of the human figure. The exhibition offers a new and modern perspective on this ancient subject.

Where the human figure in the Middle Ages was still an imagination of the supernatural or the representation of God, it changed from the Renaissance into a humanistic worldview, where man placed himself in the centre of the universe. The contemporary image of man is a layered one. The current ‘condition humaine’ has an ambivalent character and is determined by contradictions. Art investigates and explores this new image of humanity in all its facets.


Figuurlijk, the human figure in fine art shows the perception on the human image in contemporary art in all its – often ambiguous – shapes. From muse to cyborg, from hero to madmen, from fragile beauty to brut cruelty, from recognizable to alienating people, from natural and rational man and to doable and symbolic man. The representing artists do not avoid taboos. They appropriate modern themes into their work, such as the role of (social) media, political turbulence and the polarization between the East and West, ideals and the perfectibility of mankind and the perception of women in particular.

Figuurlijk is a fascinating and moving exhibition, which confronts us with who we are or who we could be.