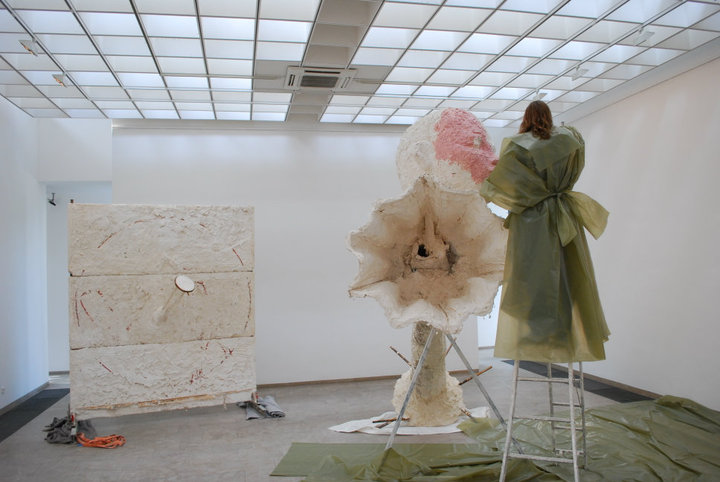 Johan Tahon builds figurative bridges. Bridges that lead to the other side of human being, past visible reality. His persistent urge to give form makes him materialize dreams, fantasies and images from the subconcious.
In his studios in Belgium and Turkey, Tahon creates large plaster sculptures, often uncanny figures that are neither man nor animal. He creates hybrid, metamorphosed bodies that are sometimes overgrown by geometrical shapes that refer to the infinity of the universe. By means of asseblage, Tahon breaks the natural cohesion of the body. The new, unconvensional forms that appear demand and evoke new ways of giving meaning.
The Gerhard-Marcks is the first museum in Germany to give Tahon a solo exhibition that only took its final form in situ.