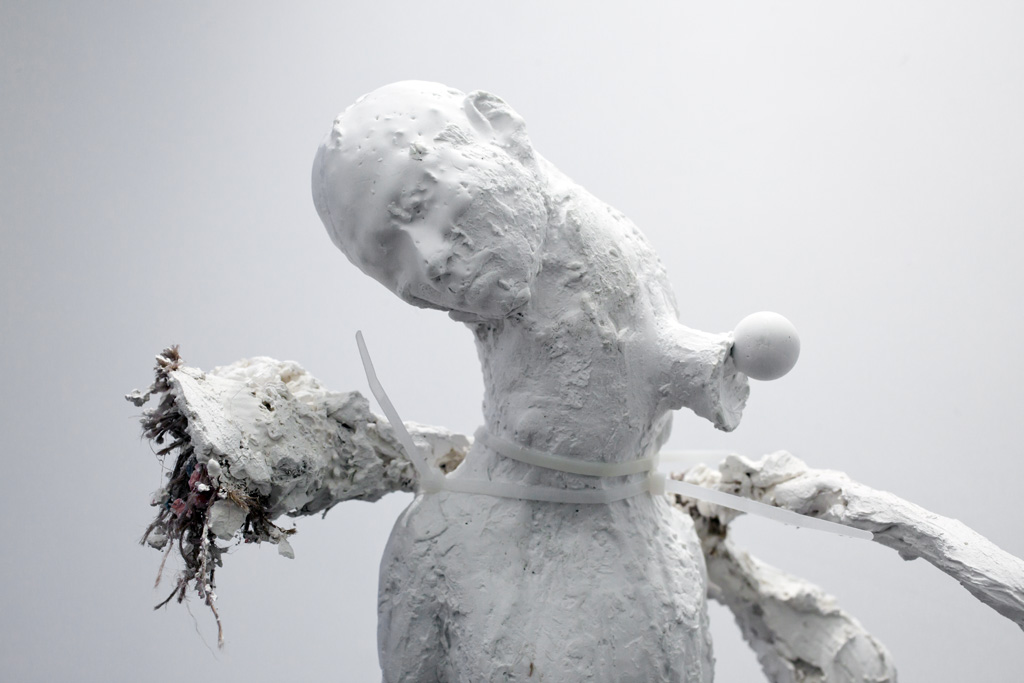 The Waq Waq is based on a small Arabic print, that Johan Tahon discovered at a flee market on the Taksim Square in the vibrant heart of Istanbul. This print showed a tree carrying humanoid fruit and later appeared to be an illustration of the Waq Waq myth, telling about a magical tree that grows on a deserted island, somewhere in South-East-Asia. Every year this tree bears women as fruit. Once they are fully grown, the hears of these marvellous creatures slowly let go off the branches and the creatures tragically fall on the ground, whilst loudly crying Waq Waq. Like imploded ripe fruit they slowly await their death.
Eastern as well as Western mythology often inspires Johan Tahon who materializes his own myths in dream sculptures. Every myth is created to offer an explanation to that which is unexplainable, but sometimes the myth itself is shrouded in so much mystery that the basis of it’s own origin is no longer clear. Myths offer comfort, yet it’s not always clear what for.
This time Tahon will have the gallery overgrown by an installation that is based on the Waq Waq story: fragile ceramic heads sprout from the branches of a tree and threaten to drop and fall apart on the ground. The installation seems to be alive and bathes in an atmosphere of Unheimlichkeit. It is veiled by the mystery of it’s own origin.