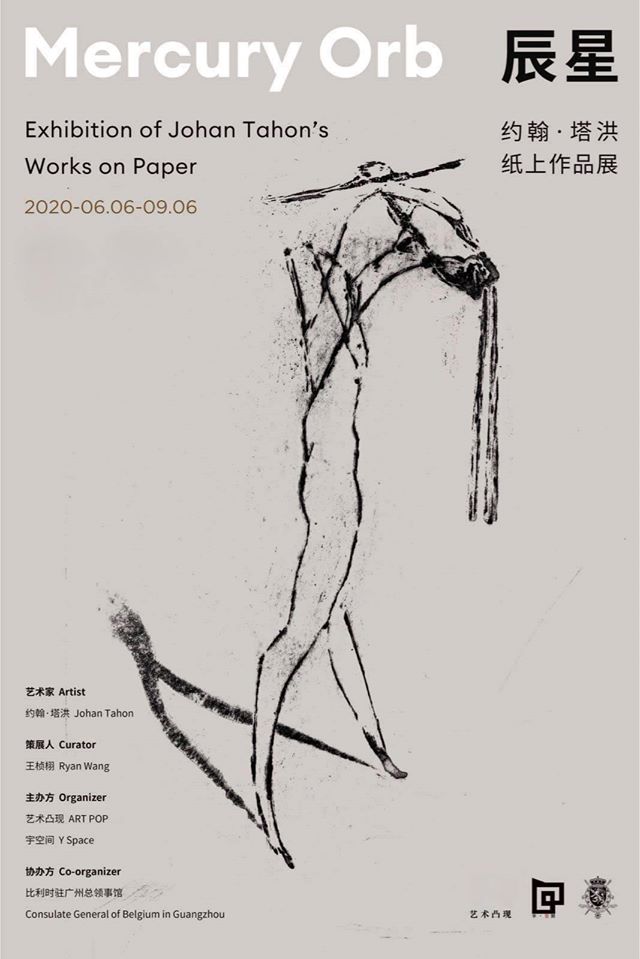 Solo exhibition with an overview of the graphic work
Project in collaboration with the Belgian Consulate-General in Guangzhou
Curated by Ryan Wang
Y Space Gallery - Guangzhou (CHN)
From June 6th till September 6th, 2020

A podcast presented by ZOO Magazine, April 2020.
In an exclusive podcast interview, ZOO Magazine caught up with Belgian artist Johan Tahon to discuss the coronavirus, the artist's work and his creative process.
Link

Ariana Museum, Geneva (CH)
April 5th 2020
Because of the corona crisis the finissage of ‘Refuge/Silance’ could not take place.
Here some reflections of Johan.

We are happy to let you know that from now on the medieval church of Rozebeke (Zwalm, BE) is our new Sculpture Studio / Exposition Space. Thanks to the people of the municipality Zwalm!
You are welcome to visit the studio on 'Open Monumentendag' September 13, 2020.

On Tuesday November 26th 2019, the documentary 'Sign of the times, MENSCH / Johan Tahon' was broadcast on Dutch TV, NPO2. There is a re-broadcast of the documentaryscheduled on Friday, December 13th 2019 at 9.15 am. The documentary can also be viewed online via the link below.

It has become a special film; the collaboration with Amenra and the fire ritual in Menen, the exhibition Refuge/Silence in Geneva, Kunst en Zwalm, Church Rozebeke, Studio Oudenaarde, Museum Mariemont and the placement of the monumental sculpture Eros/Eroos on the VUB campus in Brussels were shown in the film.